At the South East European University, today (10.11.2021), the Private Sector Youth Initiative project, which is implemented by the NGO "My Career", was promoted. The project is supported by the European Bank for Reconstruction and Development and the Taiwan Representative Office in Italy. 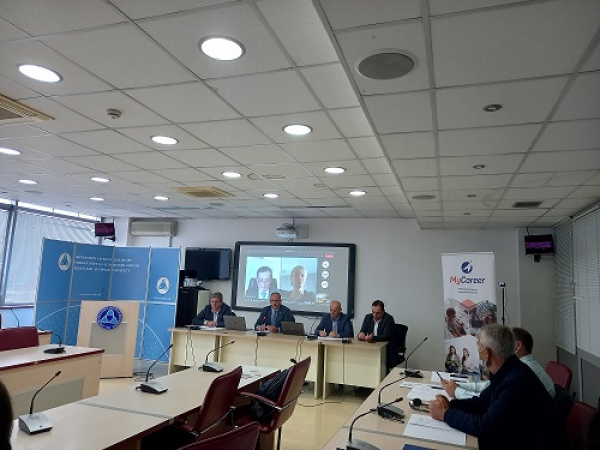 SEEU Secretary General, Dr. Xhevair Memedi, spoke on the topic: "The role and activities of SEEU in establishing links between the University and the private sector." He noted that since its establishment the University has emphasized the active approach for preparing adequate staff in various fields with solid skills in languages and computer science. Also, in this regard, in 2005 the Career Center was established, the first in the country, and a decade ago the Business Innovation Center was established, which created even more direct links with business.

The presentation of the project was made by the leader, Visar Ademi, who spoke about the goals, objectives and activities that are expected to be realized.

The event was attended by representatives of universities and the private sector.